Montespertoli a splendid corner of Tuscany, between Chianti and Val di Pesa, not far from Florence and Siena

Le Lavande is immersed in the most extraordinary countryside, in a piece of Tuscany where art, culture, tradition, good foo, excellent wine and picture postcard landscapes come together to offer visitors a unique experience.

Just 300 m away from Le Lavande stands the beautiful Bottinaccio Convent, while slightly further off, at a distance of about 700 m, it is possible to visit the Medicean Villa of Montecastello.

Throughout the Middle Ages, Montespertoli was visited by numerous aristocratic families from Florence, such as the Machiavelli, Guicciardini and Acciaioli families: and today’s visitors can still admire the impressive Castle of Montegufoni, just outside Montespertoli, which was once home to Niccolò Acciaioli, a friend of both Boccaccio and Petrarca.

At the entrance to the town, Sonnino Castle, which belonged to the Machiavelli family (yes, that of the famous Niccolò!) for centuries, is a must for visitors, even if they only have time for a quick look from the outside. Thanks to the Machiavelli family’s generosity, Montespertoli acquired a considerable number of important works of art which are now kept in the museum of religious art.

Other possible places to add to your itinerary are the Church of Sant’Andrea, a classic medieval Tuscan parish church, and the beautiful Poppiano Castle, owned by the aristocratic Guicciardini family, which has been making oil and wine here for centuries (and where it is also possible to book tastings and tours of the estate). 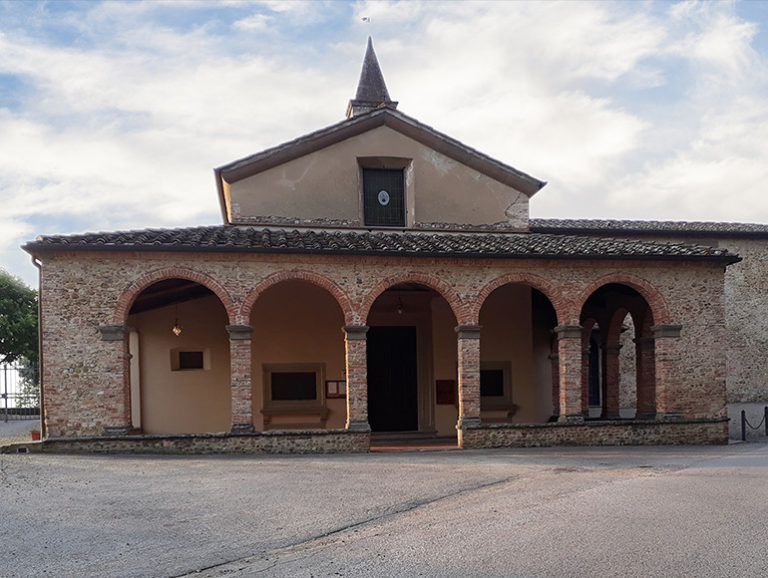 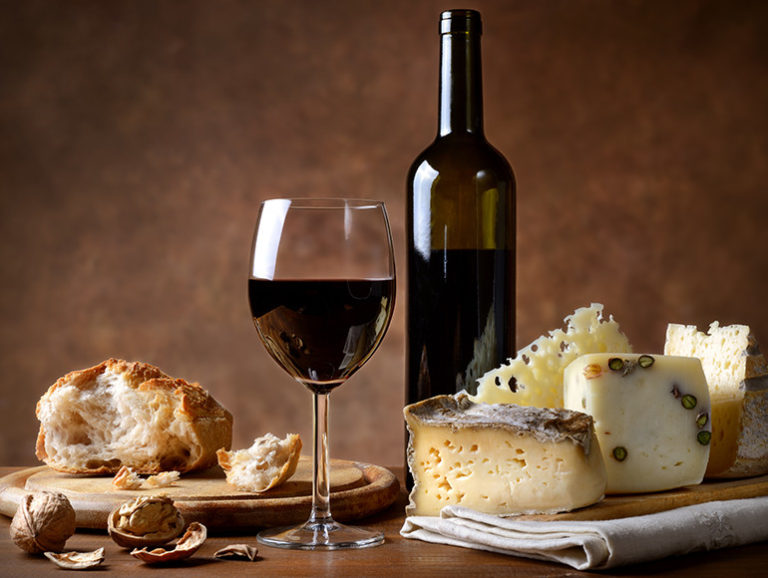 No visit to Chianti would be complete without tasting the world’s most famous wine! Chianti is the jewel in the area’s crown and every town and village makes a slightly different version from its vineyards, like Chianti Montespertoli.

Another typical product of this area is oil, as suggested by the landscape embellished with oil groves in addition to the vineyards. The area produces the finest quality extra virgin olive oils, unforgettable by anyone who has the chance to taste even just a few drops on a slice of Tuscan bread.

But Chianti is more than just oil and wine, its cured meats and cheeses are just some of the other typical products of excellence made in the area, and it’s possible to taste these delights to when you visit some local farms and villages. We recommend tasting local speciality meat dishes like stewed wild boar and char-grilled beef steaks. This said, many restaurants in Tuscan also propose top quality vegan and vegetarian cuisine. 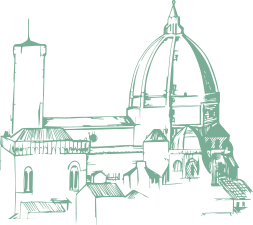 Historical villages and art towns to suit all tastes

Chianti is an area that extends between the Tuscan provinces of Florence, Siena and Arezzo. In ancient times it was an Etruscan territory which had built its villages in relation to the richness of the earth and favourable climate.

Development during the Middle Ages was linked directly to the fortunes of the Tuscan cities of Florence and Siena, eternal rivals who fought to rule over the territory. These ongoing battles among the various noble families led to the construction of fortified castles to protect themselves, but also of mansions with huge wine-growing and olive cultivation estates.

Many of the castles and can be seen against the hills and, in some cases, even visited. To name just some of the towns in Chianti would be unfair to all the others!

Every little village, building or town in this area has a story to tell, offering picture postcard corners and panoramas. We’re going to give you a few suggestions but remember that the entire Chianti district is just waiting to be discovered! 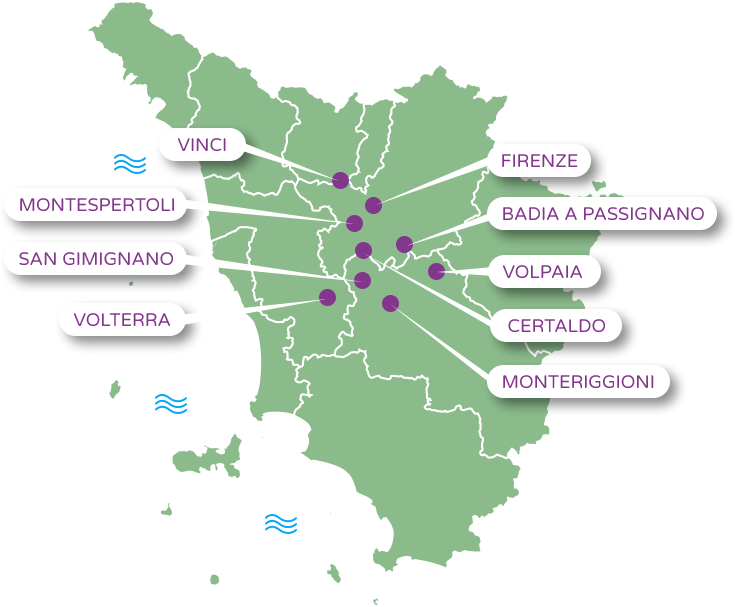 A small town nestling on the hills, birthplace of the great writer Boccaccio, whose home, just outside the centre, can still be seen and visited. Other places not to be missed are Palazzo Pretorio, once home to the Alberti Counts, and the Church of Saints Jacopo and Filippo, a delightful example of Tuscan Romanesque art. The whole of Certaldo is surrounded by medieval walls and has three characteristic gates: Porta al Sole, Porta Alberti and Porta del Rivellino

San Gimignano and its nine towers

Acknowledged as UNESCO World Heritage, this is one of the medieval villages in Chianti that you really mustn’t miss. Apart from some slight modernisation in the 19th century, the structure has remained unchanged since the 1200s. Even in the Middle Ages the town was famous for the cultivation of a precious spice which was very rare in Italy: saffron (which can still be bought in the shops today). Don’t miss the impressive towers, of which only nine of the 72 present in the 13th century remain, the cathedral with the civil museum. And two beautiful medieval Romanesque churches, the parish of Santa Maria Assunta and the Church of Sant’Agostino.

Vinci, the birthplace of a genius

Famous as the birthplace of Leonardo Da Vinci, the town is a splendid example of medieval village, still surrounded by the original walls and rich in characteristic streets and beautiful views. Visitors to the town must see the house where Leonardo was born, with the museum and library, the various Romanesque churches, the main square and a beautiful walkway along the walls, as far as the Castle of the Guidi Counts.

Volterra, between the Etruscans and the Middle Ages

50 km from Montespertoli, Volterra is the town that is home to some of the most beautiful archaeological sites of Etruscan origin. The town was built by the Etruscans and many traces of their presence here are conserved in the archaeological park and museum. The old town is one of the most beautiful medieval villages that you can visit in Tuscany, Palazzo dei Priori and the beautiful cathedral will leave you open-mouthed.

Badia a Passignano: the enchanted monastery

In the municipality of Tavarnelle Val di Pesa, set between the Chianti hills, stands a gigantic fortified monastic complex know as the Badia a Passignano. The monastery was founded by Benedictine monks in 1049 and can only be visited if you make a booking, but it really is worth it! The cloisters, refectory, kitchen, cells and church are exactly the same as they were in the Middle Ages and upon entry you’ll feel as though you’ve taken a trip back in time.

Volpaia and the fortified castle

As regards travelling thorough time, Volpaia is another place where everything seems to have stopped, in 1172 the year in which the little town was founded. It is in the municipality of Radda in Chianti, in the province of Siena, and it develops around a fortified castle which can still be visited today, in a strategic position right in the middle between Siena and Florence. This little village has retained all its medieval charm and magic.

Monteriggioni on the Via Francigena

One of the most popular towns, if not by name at least by sight, thanks to appearances in famous videogames and films (such as The Gladiator and The English Patient). It was originally a castle, built by the people of Siena in around the year 1200, in a strategic position on the Via Francigena, overlooking the Valle d’Elsa. For years it was fought over between the two Tuscan cities of Florence and Siena and was the site of a famous siege mentioned by Dante in his Divine Comedy. If you pass his way, we suggest you visit the weapons museum and the beautiful Romanesque churches.

Firenze cradle of the Renaissance

Florence is a magical city, where art and history meet. It has been visited by some of the greatest artists in history, such as Dante, Michelangelo, Giotto, Donatello, Brunelleschi and Leonardo da Vinci, all of whom have left traces of their passage: the fabulous Cathedral,  Giotto’s bell tower, the Baptistery and all the works kept in the various museums, especially the Galleria degli Uffizi. The old part of Florence is not to be missed: with its characteristic streets, the Ponte Vecchio and the beautiful squares, it is place where time seems to have stood still, with a treasure hidden in every single corner.

Book your stay in Tuscany

Activities are currently suspended to complete some works on the plants